Unused satirical depiction of Tony Blair riding a toy plane and dispensing bombs as he goes. Script on reverse says
"For every gun that is fired, every warship launched, every rocket fired, signifies in the final sense a theft from those who hunger and are not fed, those who are cold and not clothed. The world in arms is not spending money alone. It is spending the sweat of its labourers, the genius of its scientists, the hopes of its children" – Dwight Eisenhower, 1953 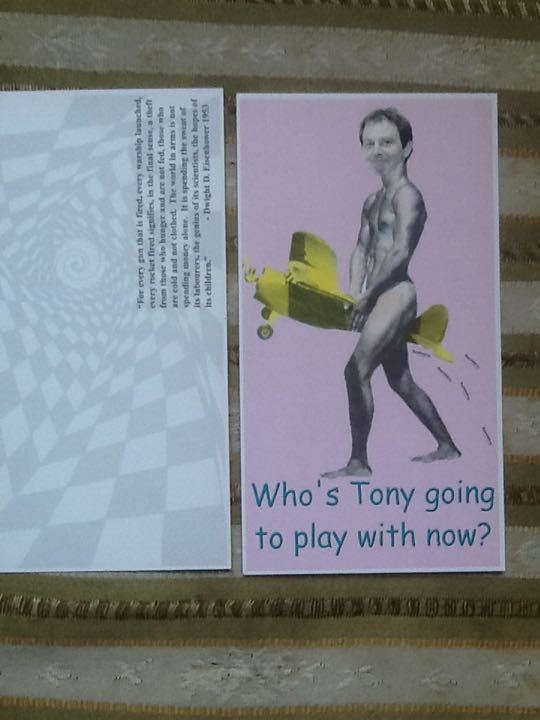 What others are looking at in London, United Kingdom